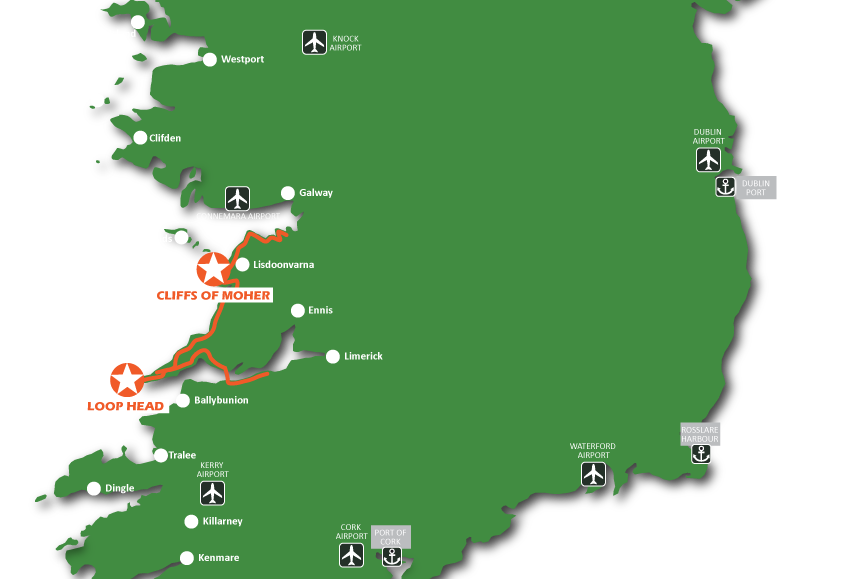 County Clare is famous for it’s region of karst landscape known as The Burren. This area manages to appear both harsh and fragile at the same time. The rocky ground is home to many rare species of alpine plants.

In 1651-52, Edmund Ludlow stated:
“The Burren is a country where there is not enough water to drown a man, wood enough to hang one, nor earth enough to bury him…… and yet their cattle are very fat; for the grass, growing in turfs of earth, of two or three foot square that lie between the rocks, which are of limestone, is very sweet and nourishing.”

County Clare is well known for it’s Traditional music and a session can be found in most towns most nights. Clare has many music festivals most notably the Willie Clancy Summer School, a major traditional Irish music, song and dance event held annually in Miltown Malbay, County Clare, Ireland.

County Limerick’s Wild Atlantic Coastline is short, but significant, comprising of much of the southern shores of the Shannon estuary. Shannon airport, located just 15 miles (22 km) from Limerick City, could be said to be the International gateway to Ireland’s Wild Atlantic Way.

Use the filter below to find great Hotels, B&B rooms or holiday homes in County Clare

Rooms in this County 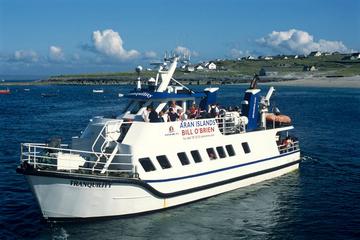