Timoleague Abbey is a 13th century Franciscan Abbey in Timoleague village on the south coast of County Cork near Courtmacsherry.  The abbey was founded in c1300 on the site of a 6th century monastic settlement founded by Saint Molaga after whom the village is named – The Irish for “House of Molaga” is ‘Tigh Molaga’.

The information plaques at the site read as follows:

“The friary was founded in the late 13th or early 14th century. The Franciscan friars who lived here devoted themselves to the strict rules of poverty and simplicity as laid down by St. Francis, so the architectural details of the building are quite plain. The earliest church was smaller than the present one but was extended when the tower was built in about 1500 by the Franciscan Bishop of Ross, Edmund de Courcy. On the west side of the cloister was the kitchen, and at the north-east side a dining room with 5 windows overlooking the sea.

After the reformation some of the friars returned to Timoleague and lived there on and off until 1642, when the friary and town were burnt by English soldiers under Lord Forbes.”

Timeline of the History of Timoleague Abbey

as detailed by the OPW plaque at the site 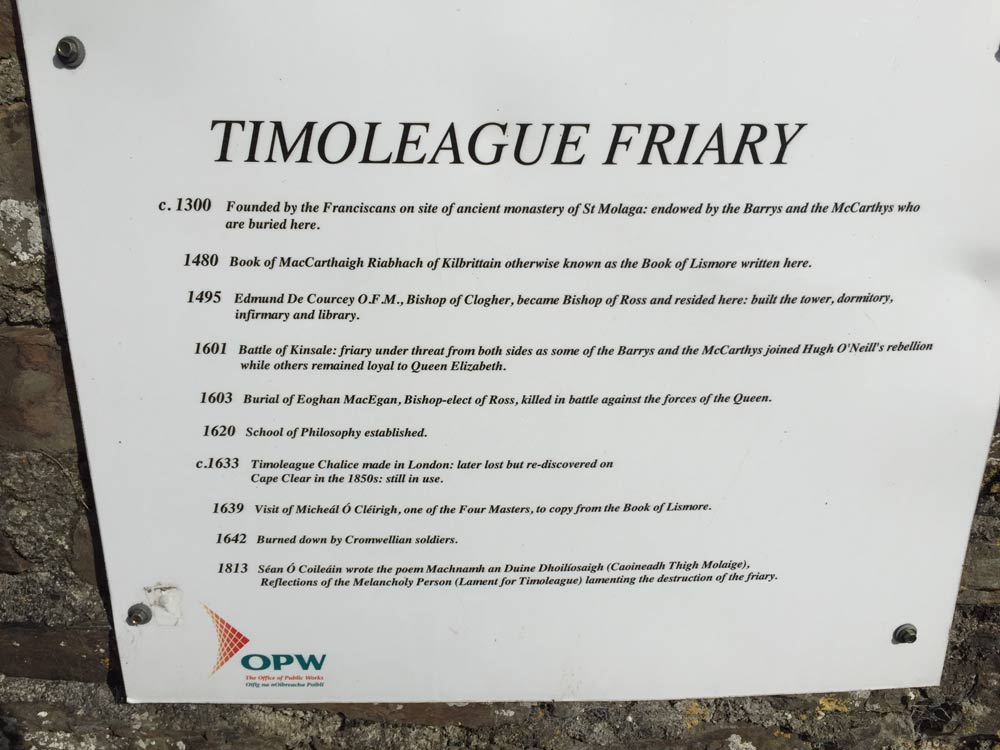 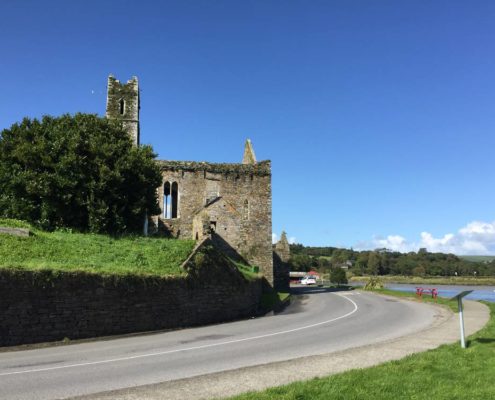 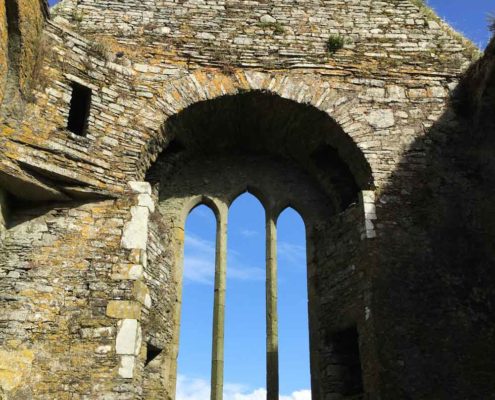 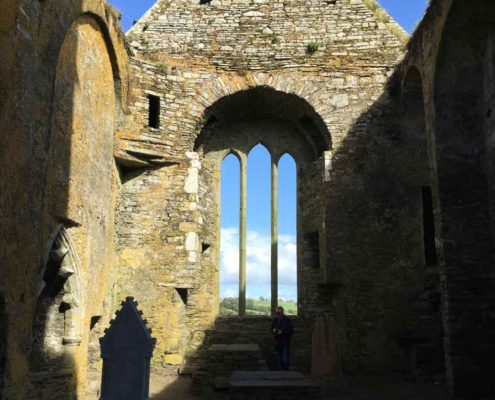 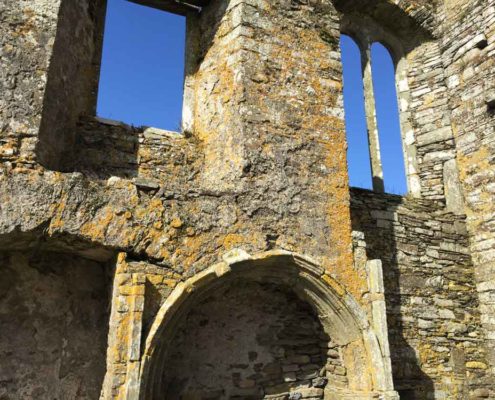 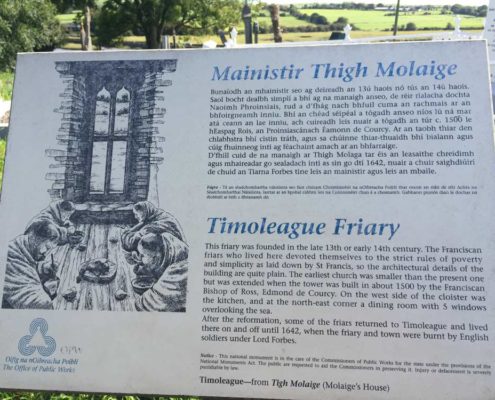 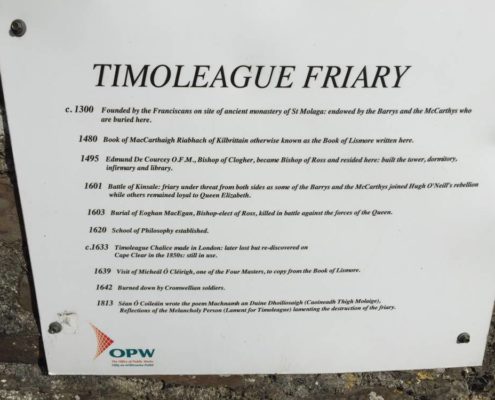 In August each year the village hosts the ten day Timoleague Harvest Festival.

If you are interested in walking you should investigate the extensive Seven Heads Walks on the Seven Heads Peninsula which extends from Timoleague village through Courtmacsherry, along the cliffs and coastline by Dunworley Bay, Barryscove, Ardgehane and Ballinglanna. Of the many prescribed walks there is a short loop walk signposted as The Lusitania Trail which you can pick up in Timoleague.

The next stop on the Wild Atlantic Way route is Inchdoney Beach, a 20 minute drive from here. 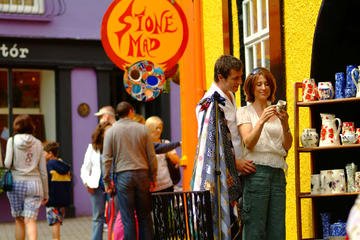 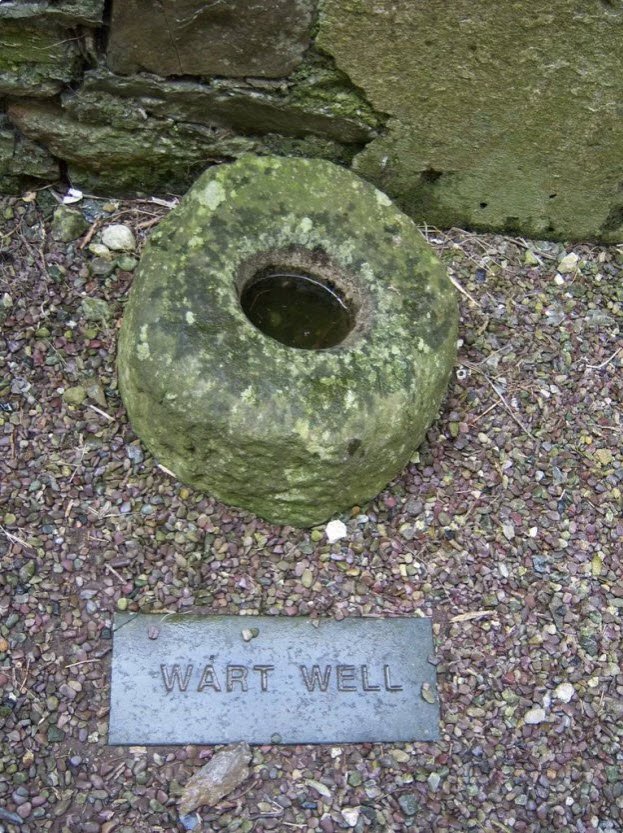