Easkey (or Easky) Pier and Beach with its landmark O’Dowd’s castle, is an internationally renowned surfing destination and a Sligo Wild Atlantic Way Discovery Point. The area derives its name from “Iasc”, the Gaelic word for fish, due to the abundant fish in the Easky river.

Wild Atlantic storms funnel massive swells into Sligo Bay, which the southwesterly winds then magnify. Easky differs from other parts of the coastline in that the waves break over rock rather than sand. It’s two reef breaks produce hollower, faster waves, increasing the chance to ride a ‘tube’, inside the barrel of a breaking wave. Easky is the home of the Irish Surfing Association. 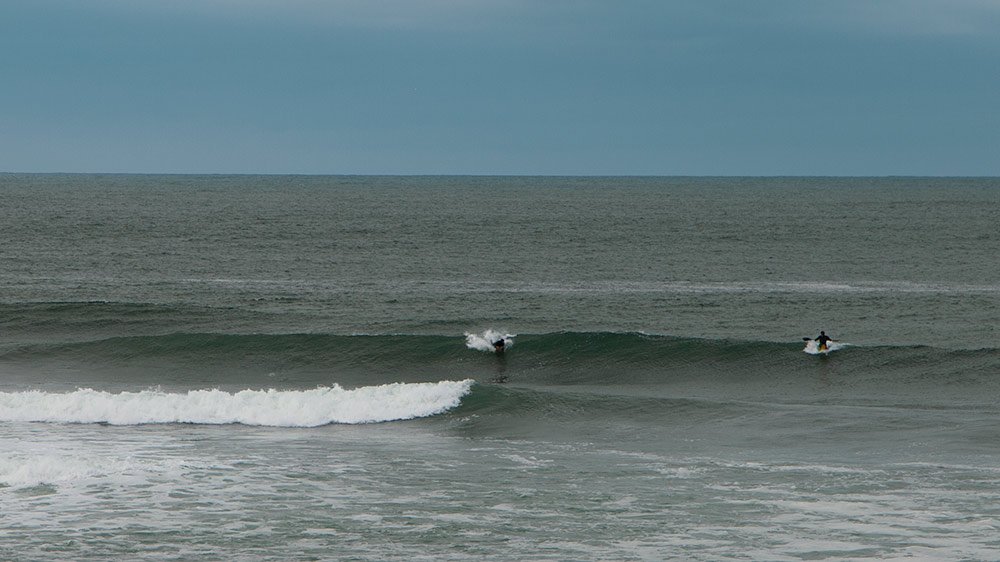 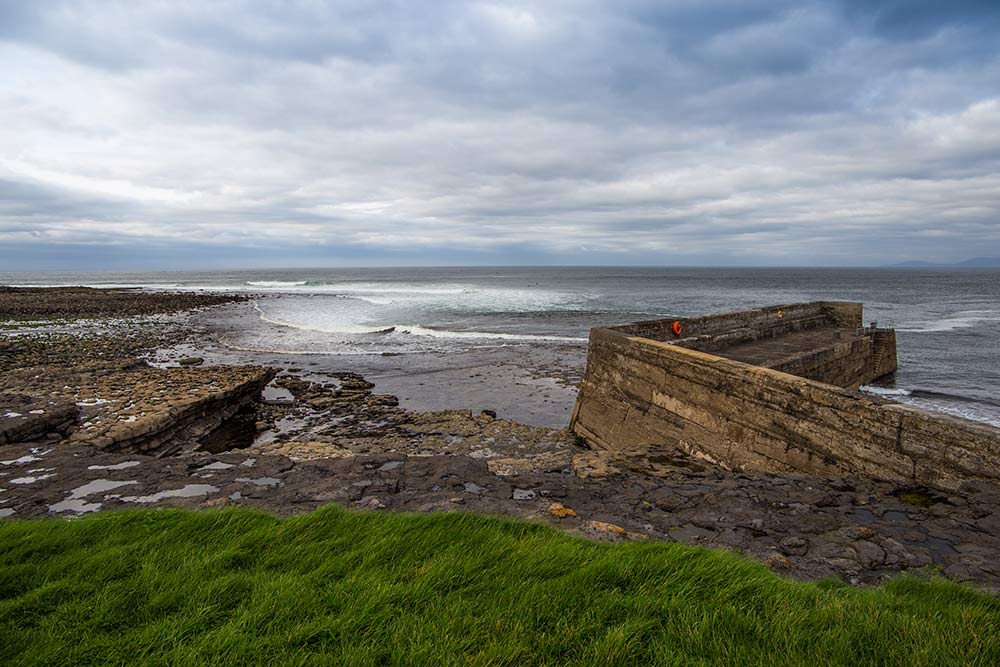 Rosslea Castle at Easky Pier, was the stronghold of the O’Dowd clan and dates from 1207. On stormy nights the waves can reach the highest part of the castle which is known as the Sailor’s Bed.

The beach and neighbouring coastline offer wonderful walks and scenic views. A popular walk runs from Easkey village all along the river’s edge to the coastline. 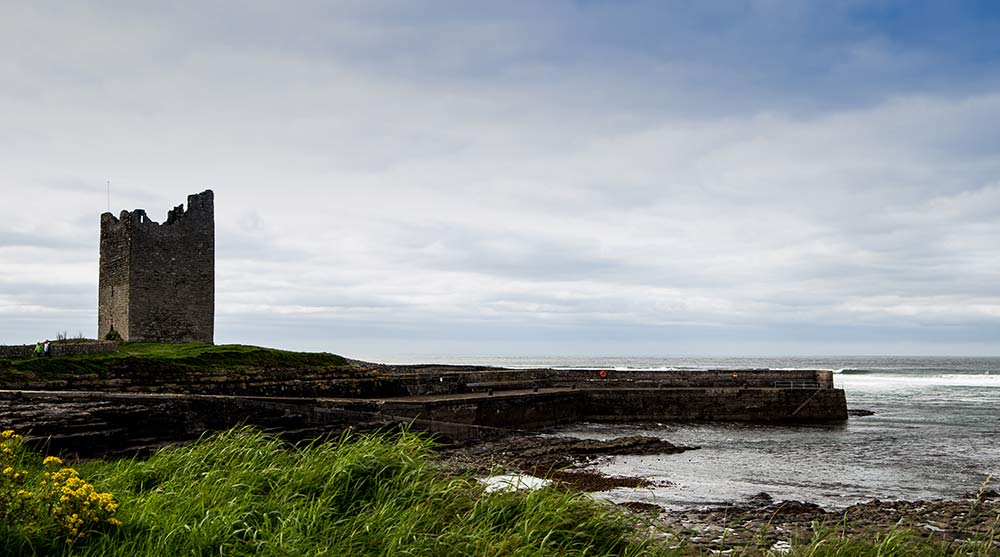 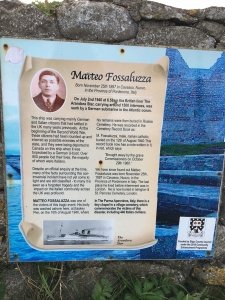 An information sign at Easky Pier tells the tragic story of the loss of over 800 lives when the Arandora Star was sunk by a German submarine on July 2nd 1940.

The transcript is reproduced below:

Born November 25th 1897 in Cavasso, Nuovo, in the Province of Pordenone, Italy.

On July 2nd 1940 at 6.58am the British liner The Arandora Star, carrying around 1500 internees, was sunk by a German submarine in the Atlantic Ocean.

This ship was carrying mainly German and Italian citizens that had settled in the UK many years previously. At the beginning of the Second World War, these citizens had been rounded up and interred as possible enemies of the state, and they were being deported to Canada on this ship when it was torpedoed by a German U-boat. Over 800 people lost their lives, the majority of whom were Italians.

Despite an official enquiry at the time, many of the facts surrounding this controversial incident have not yet come to light and are still classified – to many it is seen as a forgotten tragedy and the impact on the Italian community across the UK was profound.

Matteo Fossaluzza was one of the victims of this tragic event. His body was washed ashore here, at Easkey Pier, on the 10th of Agust 1940 where his remains were then buried in Roslea Cemetery. He was recorded in the Cemetery Record Book as:

M. Fossaluzza, male, roman catholic, buried on the 12th of August 1940. This record book now has a note written in it in red, which says ‘Brought away by the Grave Commissioners on October 29th 1960.

We have also found out Matteo Fossaluzza was born on November 25th, 1897 in Cavasso, Nuovo, in the Province of Pordenone in Italy. The last place he lived before internment was in London. He is now buried in Islington & St.Pancreas Cemetery, London.

In The Parma Apennines, Italy, there is a tiny chapel in a village cemetery, which commemorates the victims of this disaster, including 446 Italian civilians.

How to Get To Easkey