Inishbofin Island or Inis Bó Finne is a Wild Atlantic Way Discovery Point just 3km off the Donegal coast. It has a significant bird population and is a sanctuary for the corncrake, barnacle geese, choughs, Arctic terns and peregrine falcons.

Very few people live on the island all year but some return to fish and harvest the seaweed on the rocks. The views from the island are spectacular.

Get a ferry to Inishbofin Island from Magheraroarty Pier. 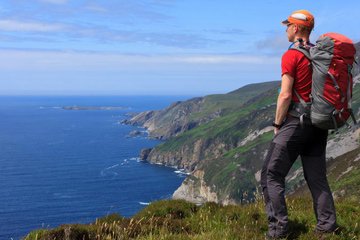